Does a parish council chairman have any special power?

Please log in or register to answer this question.

Welcome to Town & Parish Councillor Q&A, where you can ask questions and receive answers from other members of the community. All genuine questions and answers are welcome. Follow us on Twitter to see the latest questions as they are asked - click on the image button above or follow @TownCouncilQA. Posts from new members may be delayed as we are unfortunately obliged to check each one for spam. Spammers will be blacklisted.

You may find the following links useful: 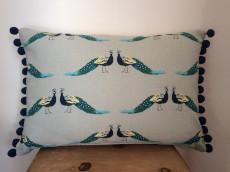 Clare's Cushions creates beautiful hand made cushions and home accessories from gorgeous comtemporary fabrics. We have a fantastic selection of prints including Sophie Allport and Orla Kiely designs and most covers can be ordered either alone or with a cushion inner. Buying new cushions is an affordable and effective way to update your home interior, they're also a great gift idea. Visit our site now